Burton takes over as leader of HCHS softball program 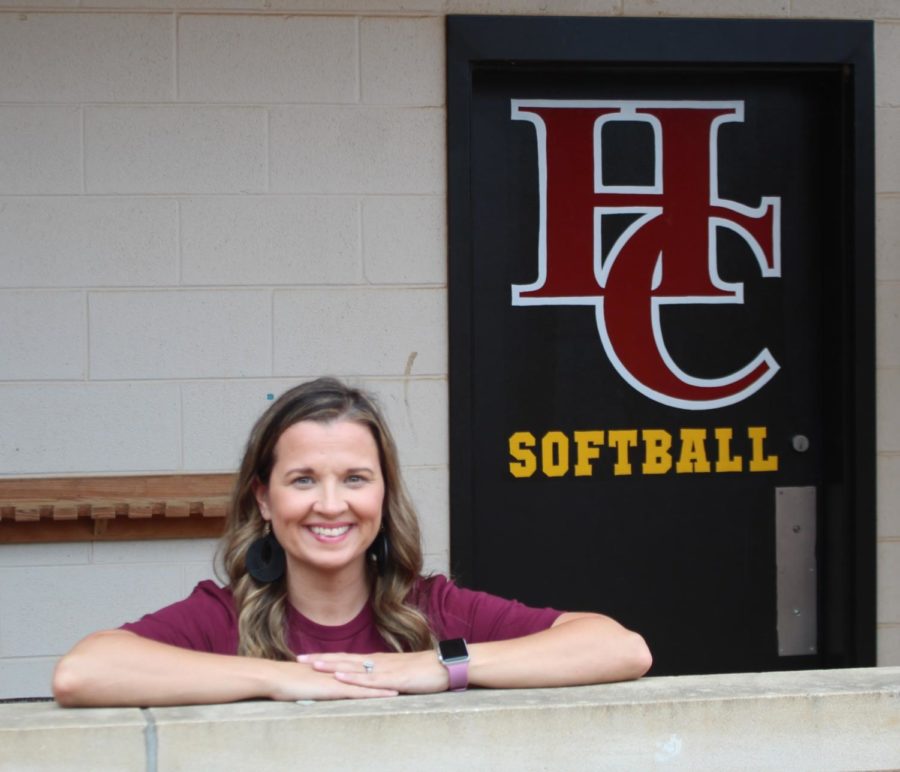 Shelby Engle Burton has been named the new softball coach at Harlan County High School. Burton has coached basketball at James A. Cawood Elementary School for the past 14 years. She also coached middle school softball for two years.

The idea that Shelby Engle Burton would eventually coach on the high school level is not at all a surprise.
She literally grew up in coaching as her father, Tim Engle, has coached basketball at various levels since the mid 1970s and is currently the fifth- and sixth-grade boys basketball coach at James A. Cawood Elementary School while assisting his daughter with the middle school basketball girls teams at JACES.
The only surprise is the sport that Burton will be coaching at Harlan County High School. Burton was recently named as the Lady Bears’ new softball coach to replace Tim McElyea.
“Shelby Burton was a phenomenal athlete, and I think I can speak for the entire administration by saying how proud we are to hire her,” said Harlan County High School athletic director Eugene Farmer. “She’s a proud Harlan County Schools graduate and she is a fierce competitor. I have the utmost confidence in her ability to lead, and I think the softball program will continue to grow under her leadership. One thing that I know….Shelby will not be outworked.”
Burton, a standout point guard at Cawood before graduating in 2002, started coaching basketball as an assistant with her father at Green Hills while she was still in college in 2004. She coached the girls teams at Hall in 2008, the last year the school was open. She moved on to JACES in 2008 when the school went from a high school to an elementary school. She coached two years of middle school softball when JACES opened, but then focused on basketball until recently when she started coaching the 8-and-under Harlan County Future team.
“I always had dreams of being a high school basketball coach, but God has other plans and when the job was mentioned to me I didn’t think it was for me,” Burton said. “But then a burden set in for Harlan County girls, then I prayed about it and I felt it was time to step up.”
While she doesn’t have as much experience in coaching softball, Burton promises she won’t be outworked and will use the same philosophy that has helped her build JACES into one of the top middle school programs
“I know I have a lot to learn, but I’m going to put the time in,” Burton said. “I’m a competitive person and I don’t plan to fail.”
Burton, a 2007 graduate of Lincoln Memorial University. inherits a program that has produced 12 straight winning seasons since the school opened in 2008 and has made 12 trips to the regional tournament with eight district titles overall and four runner-up finishes. HCHS won four straight 52nd District titles from 2016 through 2019 but struggled to a 13-10 mark last spring after several years of heavy graduation losses. The Lady Bears were hit hard by graduation again last May with catcher Brandy Adams, pitcher Kerrigan Creech, third baseman Allee Galloway and outfielders Jacey Lewis and Brenna Early among those completing their high school careers.
“We’re really young, so it will take a lot of work and repetition,” Burton said. “These girls have to step up and learn the game and get used to playing on the varsity level. We have to make sure our girls are ready to compete. We want to be a regional contender again, like this program was for a lot of years.”
With only one senior (Honesty Thomas) on this season’s roster, Burton knows the Lady Bears will have to work hard in the preseason to maintain their position as one of the region’s top programs.
Travis Blair is expected to return as an assistant coach on a staff that will also include Shelby Wilson and Jennifer Brock, in addition to Tim Engle.
“When it comes to sport, working hard is all I know,” Burton said. “I’m ready to get started with open field now. We have to make up for being so young, but I think there is amazing talent here and I can’t wait to see where these girls go in the next few years.”